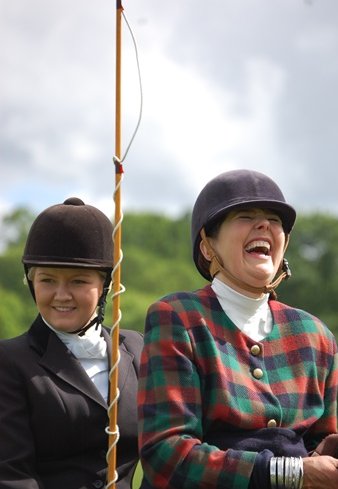 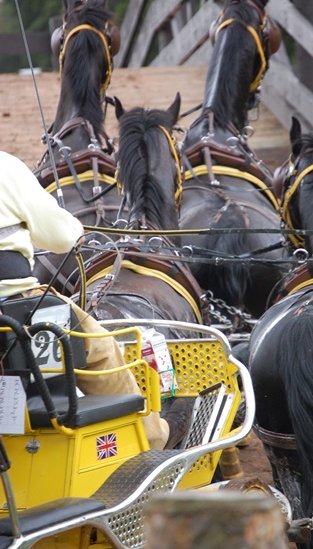 The Club was founded in the late autumn of 1966 by a score of people including Jack Stamper, Celia Temple, Sandy Temple, Barbara Stothert, George Bowman, Joe Wardropper, and Jack Collinson. Its area extended from the Scottish Borders down to Cheshire and Staffordshire.

Early events were rallies on British Driving Society lines, vehicle parades, educational visits and social events, but soon the members' competitive side came to the fore and in 1969 the first of many Club Shows was held, judged by Sallie Walrond.

By 1971 interest in Combined Driving was growing and a Northern Area Competition day was held at Middleton which included Dressage and obstacle driving for pairs and singles. Also in 1971 the Club held its first 2-day show at Ribby Hall near Kirkham in Lancashire.

The Club logo, a vintage drawing of a spider phaeton, was suggested in 1973 by Fritz Spiegl who played first flute with the Liverpool Philharmonic Orchestra and taught music to one of the Club members. Spiegl is perhaps best remembered for the arrangement of "Johnny Todd" that was the theme tune of "Z Cars" on TV at the time and is still played at every Everton FC home match.

In 1973 several members competed in the first Lowther National Horse Driving Trials. Fred Todd was the Club's first National Champion driving his single horse Tom Kydd, and Jack Collinson was selected to drive a 4-in-hand for Great Britain at the European Driving Championships held at Windsor. Every year since 1975, NWDC members have been among the Champions of British Combined Driving.

In 1977 the Club held its first sale of members' harness, carriages and miscellanea which for many years was the opening event of the driving season.

Driving weekends in Grizedale Forest provided many miles of quiet forest tracks and the opportunity to spot wild animals such as deer, although one member commented that "most of the wild life took place in the caravans on the Saturday night."

The Club's focus in the 1980s and 90s was Combined Driving, with events held over one or two days at such venues as Holker Hall, Lyth Valley, Kendal and Tebay. At various times these events also held qualifying Novice classes for National competitions. The Club also hosted the National Championships at very short notice at Holker Hall in 1997, when the original event at Windsor had been cancelled due to the funeral of Princess Diana.

The Foot and Mouth outbreak of 2001 caused a halt in the Club's activities and difficult economic conditions in the following few years kept attendance low at events, which caused a downturn in both membership and numbers of events run. However the Spring Fun event at Dalemain continued, as did the Summer Show.

With the revival of the Lowther National Event in 2013, due largely to the efforts of the Bowman family, the Club's spirit has also revived. As we reached our 60th anniversary in 2016 we are sure to see membership flourishing once more.

If you would like to join the NWDC our fee for the year is £25 for drivers and £10 for non-drivers.

Please click here to download a subscription form. Complete and send it with a cheque made out to "North West Driving Club" to the Treasurer.